What is a T-Rex

An alpha predator that lived towards the end of the Mesozoic time period to the extinction of most dinosaurs. The T-Rex was a dinosaur you would not want to mess with 40 feet long and twenty feet high it could kill you with one chomp. One of the largest dinosaurs that ever lived, Tyrannosaurus Rex was a fierce carnivore. Scientists believe this powerful predator could eat up to 500 pounds (230 kilograms) of meat in one bite. T. rex was a member of the Tyrannosauroidea family of huge predatory dinosaurs with small arms and two-fingered hands. Aside from Tyrannosaurs, other Tyrannosaurid genera include Albertosaurus, Alectrosaurus, Alioramus, Chingkankousaurus, Daspletosaurus, Eotyrannus, Gorgosaurus, Nanotyrannus (a controversial genus that might, in fact, be an adolescent T. rex), Prodeinodon, Tarbosaurus and T. rex fossils are found in western North America, from Alberta to Texas. But it's possible that T. rex was an invasive species from Asia, according to a 2016 study published in Scientific Reports.

How Did They Die?

T. rex went extinct during the K-T mass extinction, about 65 million years ago. This extinction killed the remaining dinosaurs (not just T. rex) and many other animal and plant groups. This extinction was probably caused by a catastrophic asteroid colliding with Earth. It is thought that a an asteroid 4-9 miles (6-15 km) in diameter hit the Earth off the coast of Mexico. The impact probably penetrated the Earth's crust, scattering dust and debris into the atmosphere, and causing huge fires, volcanic activity tsunamis, and severe storms with high winds and highly acidic rain . The impact could have caused chemical changes in the Earth's atmosphere, increasing concentrations of sulfuric acid, nitric acid, and fluoride compounds. The heat from the impact's blast wave would have incinerated all the life forms in its path. The dust and debris thrust into the atmosphere would have blocked most of the sunlight for months, and lowered the temperature globally. 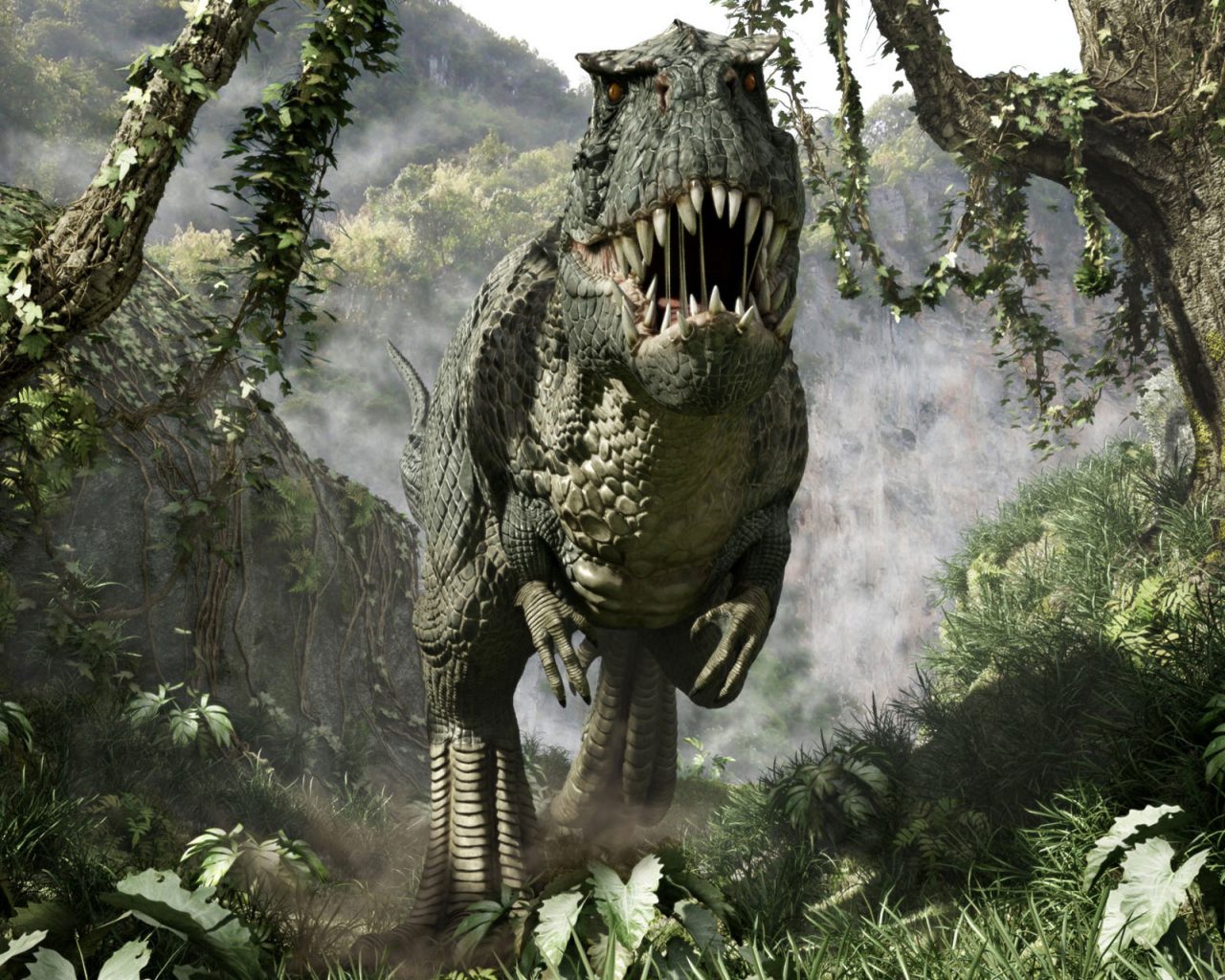